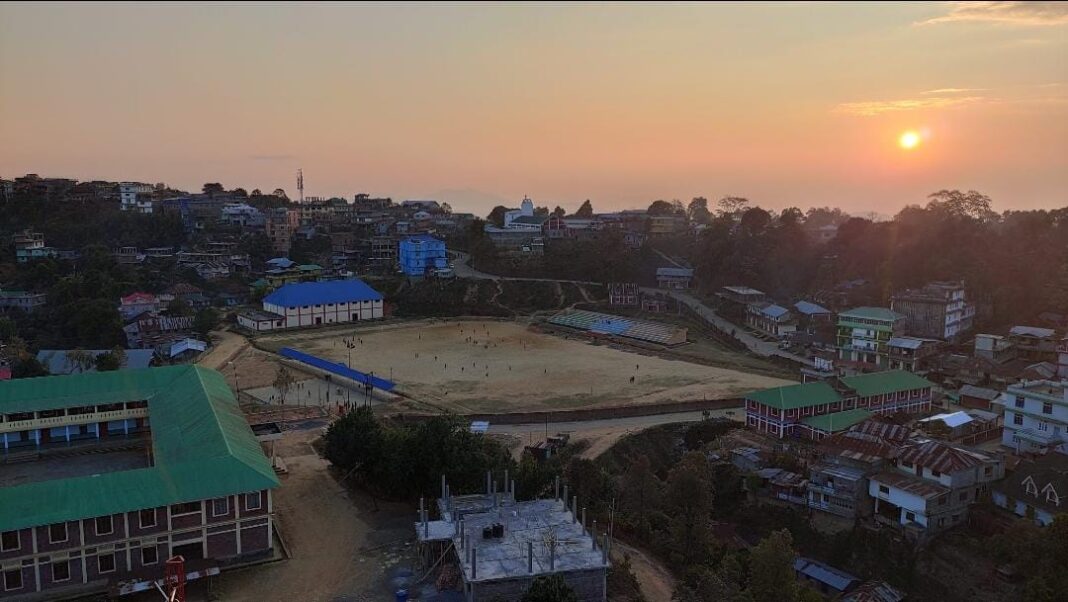 In his speech, Armstrong Pame highlighted the projects undertaken in the district. Expansion of NH-137 (Tamenglong-Khongsang) road work in progress which will be completed at the earliest, black topping to complete soon till Khongjaron from Tamenglong HQ, he said. It is his dream that no student should walk on muddy road to go to school. The construction of Natural Football Ground is planned to complete within the month of April, he said.

While citing out the financial constraints faced by public, Canara Bank and SBI Bank were launched in the District and Canara ATM will reached Tamenglong in few days time, he mentioned. With the newly inaugurated Water Reservoir at Khoupilong, Tamenglong HQ, water problems in the district will get lighter. Government is also planning to make Buning Meadow one of the best tourist destination.

SP Tamenglong, Sandip Gopaldas Mohurle (IPS), said consumption of liquor is the reason behind many crimes, and huge amount of liquor were also caught several times. He said the police is doing their best to enforce law and order in the district and assured that the department is giving full effort to eradicate trust gap between the police and the public, he mentioned.

Convenor of Joint Tribe Council, Ramkung Pamei, appreciated the government for bringing positive changes in the district and urged the general population to join hand in developing the district. Rongmei Student Organisation Manipur, President, Daichui Gangmei, also handed over Citation to DC Tamenglong. Kalinglung also spoke as one of the public leader in the program.

In relation with the program, videography competition was also held under the theme “Citizen Centric Governance” where movie directed by Daai Pamei titled “Chagan Cha The” won the first place while video by Joyson Gonmei and Ringbam Kamei titled “Citizen Centric Governance” was adjusted 2nd position. Speech presentation competition was also conducted for school students during the program under the theme “My Vision for Tamenglong”.