Two ambulances each were provided to the ADCs for four districts namely Churachandpur, Chandel, Kangpokpi and Ukhrul while one ambulance each to the ADCs of Tamenglong and Senapati District. 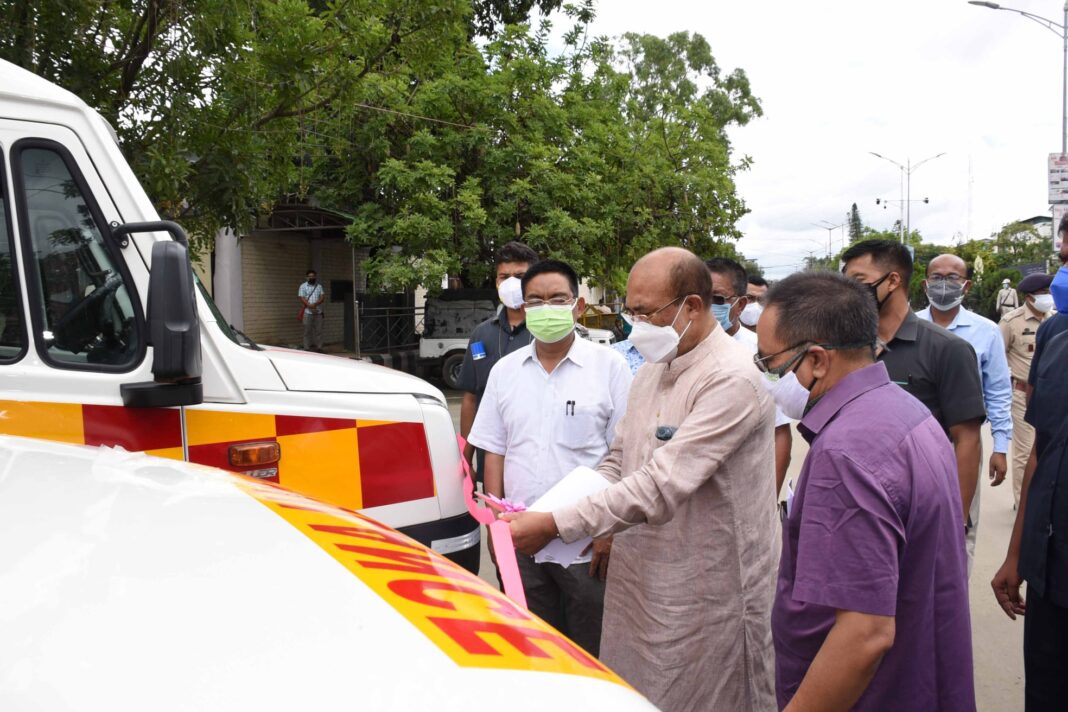 As part of Manipur’s infrastructure development in the health sector, the Chief Minister of Manipur, N Biren Singh on Wednesday under the Department of Tribal Affairs and Hill, Manipur, procured and distributed ten ambulances to six Autonomous District Councils (ADC) namely Churachandpur, Chandel, Kangpokpi, Ukhrul, Senapati, and Tamenglong to bolster the efforts to contain the pandemic.

The 10 Basic Life Support ambulances to six ADCs of the state were handed over to the concerned Chief Executive Officers of the respective ADCs in a programme held at the Western Gate of the Chief Minister’s Secretariat attended by Tribal Affairs and Hills Minister Vungzagin Valte, Chairman, MANIREDA Ginsuanhau, Deputy Chairman, Manipur State Planning Board L. Rameshwor, Additional Chief Secretary Letkhogin Haokip and other Government Officials among others.

Two ambulances each were provided to the ADCs for four districts namely Churachandpur, Chandel, Kangpokpi and Ukhrul while one ambulance each to the ADCs of Tamenglong and Senapati District.

The Department had earlier placed an order for 18 ambulances consisting of 12 Basic Life Support (BLS) and 6 Advanced Life Support (ALS). Of the 18 ambulances ordered, 10 BLS which were distributed on Wednesday had reached Imphal as 1st phase while another 2 BLS, one each for Tamenglong and Senapati ADCs and 6 ALS, one each for all the six ADCs are expected to arrive by June 25 as 2nd phase.