“There are several entrepreneurs in the state who are financially strong; however, most of the people here invest only in contracts. The tourism industry is also big so they should start investing in it.” 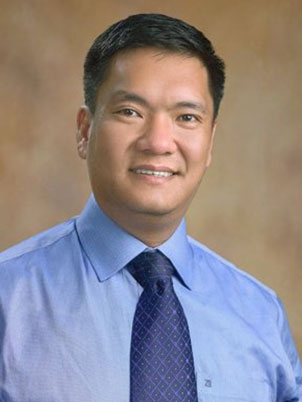 Arunachal Pradesh Chief Minister Pema Khandu on Monday called upon the state’s tourism department and stakeholders concerned to focus more towards creating an enticing proposition for high-end tourism in the state.

“We have to dream big and focus on high-end tourism instead of cheap tourism for which Arunachal has all the potential,” Khandu, who was addressing the flag-off ceremony of ‘Dekho Apna Pradesh’ campaign at the Dorjee Khandu Convention Centre here, said.

Citing example of Bhutan, the chief minister said though Bhutan is a small country, its tourism aspects are, however, big and Arunachal needs to adopt a similar approach.

“Arunachal has several historical places, varied scenic beauty and cultural diversity in abundance. With 80 percent forest cover, wildlife and diverse flora and fauna we can go a long way in the tourism sector,” Khandu said while adding that the government also needs to revisit the norms laid down for the passes (Inner Line Permits) required to enter the state.

The chief minister also called upon the local entrepreneurs to invest more in tourism.

“There are several entrepreneurs in the state who are financially strong; however, most of the people here invest only in contracts. The tourism industry is also big so they should start investing in it,” Khandu said.

“Besides tourism the local entrepreneurs can also invest in agriculture and its allied sectors. I am sure their investments will not go in vain and will instead give good returns,” he added giving examples of Tawang, Aalo, Mechuka, etc where people are slowly starting to invest in homestays.

Khandu said publicity plays a prominent role for the tourism industry to grow in a state.

“It is great that several Bollywood movies are now being shot in Arunachal as it would give the state the required publicity,” he said while informing that 95% of the movie ‘Bhedia’ starring Varun Dhawan and Kriti Sanon in being shot at Ziro in Lower Subansiri district.

“I am sure this will increase the inflow of tourists in Ziro once the movie is released as it did for Tawang after the movie Koyla starring Shah Rukh Khan and Madhuri Dixit hit the theaters years ago,” Khandu said.

The chief minister further said his government is putting all efforts to boost the tourism and hospitality sector in the state.

Khandu said besides 200 homestay and adventure tourism beneficiaries, 100 bakeries and restaurants have benefited from the Chief Minister’s Paryatan Vikas Yojana (CMPVY) while 225 youths have so far completed adventure tourism courses under the CM’s Advanced Certificate Course.

“Several youths are undergoing while several have completed their training in the hospitality industry under the Chief Minister’s Paryatan Shiksha Yojana,” Khandu said.

Robin Hibu, The 1st IPS Officer From Arunachal Pradesh, A Super Cop With A Heart Celebrates His Birthday With Special Accolade