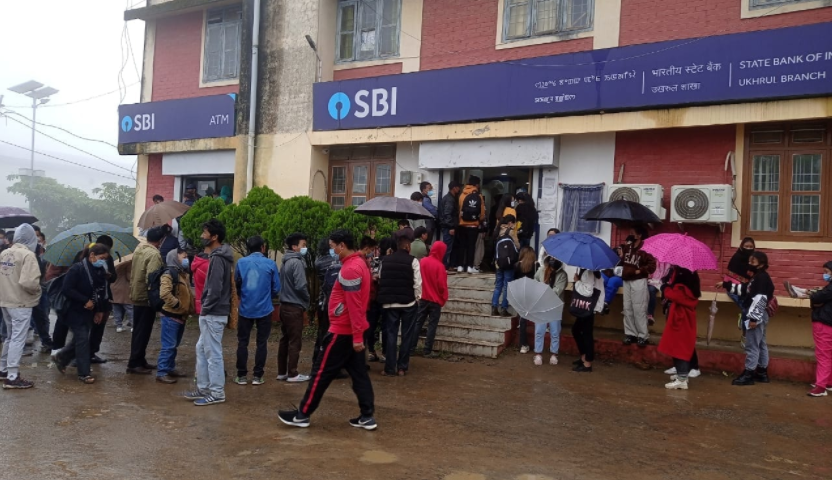 In view of the hardships being faced by the district populace due to limited opening of banks, deputy commisioner of Ukhrul in an order issued Tuesday has decided to open banks for five days in a week in Ukhrul town.

The Order stated that banking services with limited staff will function from 10am to 2:30pm from Monday to Friday in a week with effect from August 25, Wednesday, and until further order.

The decision in this regard was taken in view of the complaints from the civil society organisations that the populace of the district are facing hardships as bank is opened only for three alternate days in a week.

This has led to rushing and crowding of people at bank premises, which it said, is violating COVID-19 SOPs. It may also led to spreading and transmission of COVID-19 infections instead of controlling it among the customers.

In view of this, it is considered necessary to review the earlier instructions issued by the said office, the order stated. “However, other activities will remain unchanged.”

Also read: TLL Urges Opening of Banks and Markets for 5 Days a Week