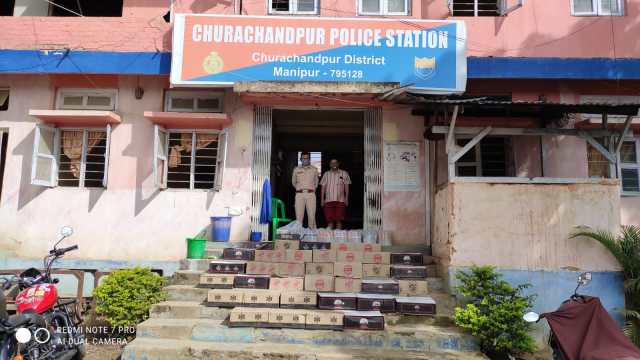 Following a reliabe input, a team of Churachandpur Police led by Inspector N. Thangzamuan, OC Churachandpur PS under the supervision of Additional SP(Ops) and SP Churachandpur raided two places at Mantop Leika, Churachandpur and seized liquor worth about Rs. 3 lakh, said the source.

The seized liquor were disposed off the same day at Mata Disposal site in the presence of Press and Media.