The intervention by PETA based on information from social media circumventing the existing provision and hill administration like the Manipur (Village Authorities in Hill Areas) Act, 1956, Manipur (Hill Areas) District Councils Act, 1971, raises a question on the merit of animal cruelty case slapped on the accused. 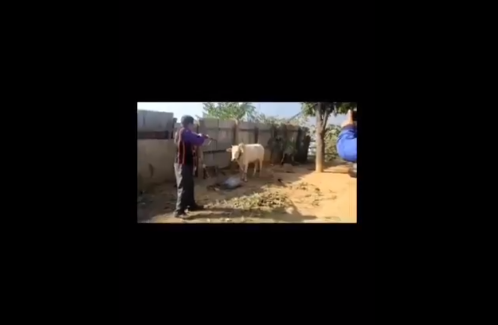 A year ago, in July 2020 amid a pandemic, People For Animals (PFA), People for the Ethical Treatment of Animals (PETA), and other similar organisations, infused with a social media campaign, succeeded in making the Government of Nagaland ban the sale and consumption of dog meat.

The ban affected the livelihood of people selling dog meat who were already hit by the pandemic. The Kohima bench of the Gauhati High Court, however, stayed the order on November 29 until the next hearing.

Close on the heels of the dog meat ban in Nagaland, PETA has filed a case against a person belonging to Tangkhul Naga from Ukhrul on the ground of killing a cow using a gun. The complaint suggests that the act amounts to cruelty against animal by using arms. Based on a complaint filed by PETA, an FIR has been registered against the accused under Section 429 of The Indian Penal Code, Sections 11(1) (a) and (l) of The Prevention of Cruelty to Animals (PCA) Act, 1960 and Section 25(1C) of the Arms Act, 1959.

The video of the accused first surfaced on Twitter under the handle, Cow Love @gauprem which appears to state that the killing was done on the eve of Christmas. The news of PETA’s FIR against the accused is widely discussed on social media. Commentators on social media are aghast at the swiftness of the case being registered and its reach. Some argued that the shooting of animals causes less cruelty as it is killed instantly unlike those involving knives or other blunt objects. Animal activism is unpopular in Manipur and adjoining states for its harassment towards indigenous tribal people in recent past, for instance, the case of Tamenglong district, Manipur on alleged smuggling of animals and dog meat ban in Nagaland.

Also read: Re-reading Liberalism: In the Heat of an FIR Lodged against an Indigenous People by PETA

The killing of animals for food is intrinsic among all the communities in Manipur. Indigenous tribal communities are known for their community feasts during festivals where animals are killed for meat. Consumption of meat is central to their food culture and holds a place in their ritual practices and belief system.

Consumption of beef and slaughtering of cattle, including cows, are not banned in Manipur. In the past, the Manipur’s Maharaja Durbar Resolution of 1939, under Maharaja Churachand Singh declared the ban of slaughtering and beef consumption which was never enforced. Tribal dominated hill areas were administered differently by the colonial rule after the conquest of Manipur in 1891. The British maintained non-interference towards the affairs of villages in the hill areas. Since then, the hill areas are administered differently in comparison to the valley of Manipur. The current Manipur CM at the India Today Conclave East in 2018, said, “beef is very important here. All Christians eat it, most tribal communities, valley people eat beef.” The statement affirmed that there is no beef ban neither the state is planning to enforce one in Manipur.

In Manipur, Section 164 of “the Manipur Municipalities Act, 1994” mentions places meant for the slaughtering of animals for sale. It lays down that the state shall allow the Nagar Panchayat or Council to authorise places for slaughtering of animals for sale. It added that once slaughterhouses are fixed, slaughtering outside the designated place within the municipal area is not allowed. However, the Manipur Municipalities Act, 1994 is not applicable in the hill areas, including Ukhrul district, which comes under the Manipur (Hill Areas) District Council Act, 1971. Additionally, the valley areas of Manipur where this act is applicable has zero slaughterhouses as per the list released by the Ministry of Fisheries, Animal Husbandry & Dairying on June 28, 2019.

The intervention by PETA based on information from social media circumventing the existing provision and hill administration like the Manipur (Village Authorities in Hill Areas) Act, 1956, Manipur (Hill Areas) District Councils Act, 1971, raises a question on the merit of animal cruelty case slapped on the accused. Customary law is predicated on cultural and ritual practice. Sacrifice and killing of animals for rituals and food are common in tribal festivals, ceremonies and for household consumption. This aspect is intact among the tribal communities even after they have embraced Christianity. Animals are killed in traditional ways which are ingenious in a bid to kill instantly and avoid causing harm and hurt to animals. Generally, axe, knife, or blunt objects are used to kill cattle.

Morung(dormitory) of Naga indigenous tribes, among many activities and functions, is also known for imparting the skill of killing animals, hunting, and making traps for animals. This knowledge persists by passing down from generation to generation even if the system of Morung is eroding. A reckless killing of animals is rebuked and scolded by the elderlies. The elders encourage the killing of animals inflicting minimal pain and suffering. Among the Rongmei Naga tribe, animals like pig, dog, rooster etc are killed during festivals, rituals, and funerals to pay obeisance to God, for goodwill and to ward off evils. This suggests that the definition of cruelty is subjective which requires an understanding of the context and terms of the lifeworld of indigenous tribal communities.

In the absence of slaughterhouse in Manipur and existing administration of the hill areas in Manipur, the overarching reach of PETA against the accused on the ground of animal cruelty can set a precedent to further harass and intimidate indigenous tribal people. Considering PETA’s track record of advocacy in the name of animal activism more often than not goes against indigenous practice and culture. It raises an alarm to an extent that to be oneself as an indigenous can mean an act of resistance.

Animal farming and massive commercialisation of meat across the world are a matter of concern. To shift and pass the burden of capitalism and its greed to every community as bearing equal responsibility is blurring the hierarchy and power relations embedded in societies and at the intersection of several nationalities. This is also suggesting that indigenous people whose contribution to climate change and consumerism is much lesser must bear the share of the mess created by people who are not indigenous.

On the moral aspect, cruelty word is thrown at indigenous people conveniently for their practices when violence in various forms has been performed on their bodies to the spectacles of universalism, civilisation, and enlightenment unabated and without consequences so far since the colonial period. This line of thought harbours among animal activists a perception reminiscent of colonialists’ views of indigenous people.

Richard Kamei. This article was originally published on eastmojo.com. Views are personal.