Manipur state flower abode; According to local villagers, the fire appeared to have started from beneath the second stairway of the forest on 25 March last and the blazes have engulfed a large portion of the forest over the past three days. 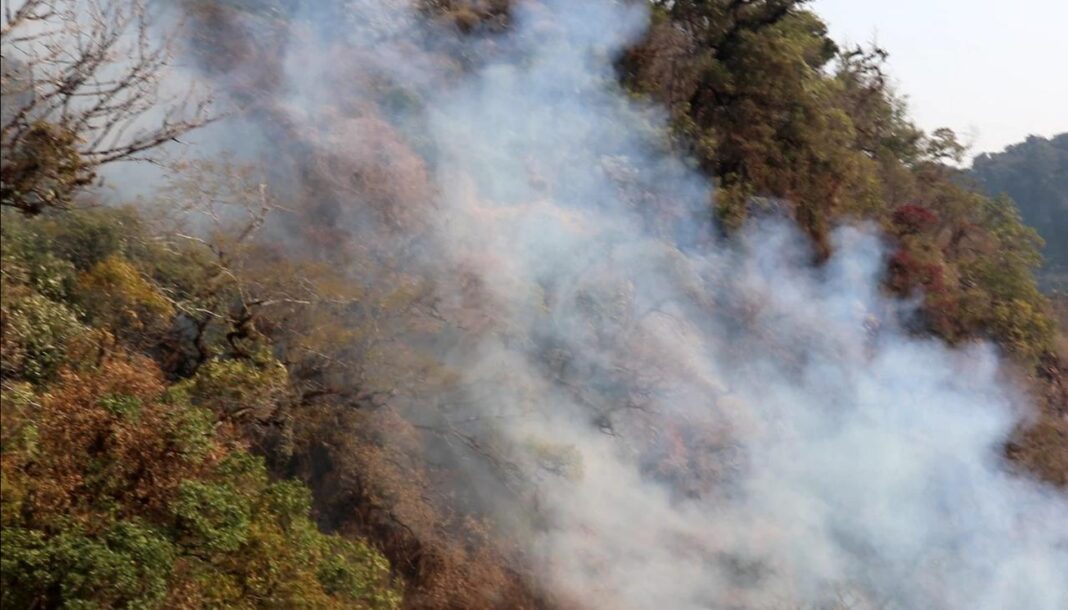 Firefighters including Ukhrul fire brigade, locals and volunteers are ready to resume the battle on Sunday (March 28) morning as the fire that broke out in the district’s Shirui Kashong forest, has been raging for around three days and spreading deeper into the forest.

As of Saturday, despite concerted efforts of the firefighters, they could not bring the raging fire under control as the blazes have engulfed a vast portion of the forest, locals of Shirui village said.

“Fire personnel from Ukhrul Fire Brigade would be joining the locals and volunteers again and the fire fighting operation would continue tomorrow morning,” the villagers informed.

They said that fire-fighters found it hard to contain the fire since it has spread rigourously into different areas along with the wind waves.

According to local villagers, the fire appeared to have started from beneath the second stairway of the forest on 25 March last and the blazes have engulfed a large portion of the forest over the past three days.

However, the locals have no idea as to who started the fire as no one had noticed when the fire first broke out on Thursday, they said.

Ever since, the locals led by Shirui Village Authority and Shirui Youth have been engaged in fighting the flames, the villagers said, adding that on Saturday, the locals were joined by the fire brigade personnel in the battle.

Meanwhile, different videos of the blazing flames consuming the forest with great intensity have been widely shared on the social media platforms.

Many have also expressed concerns over the wildfire that has continued to wreak destruction on the reserve forest, which is the only habitat of the unique Shirui Lily, for the past three days.

As some opined, the situation called for immediate attention of the government in formulating a safety mechanism to protect the precious forest from unwanted wildfires which have become a common phenomenon in recent years.