HSPDP president said that the party has decided to soon meet leaders of the Garoland State Movement Committee (GSMC) requesting the need to work together in pursuing the long pending demands for creation of separate states for the Khasi-Jaintia and Garos. 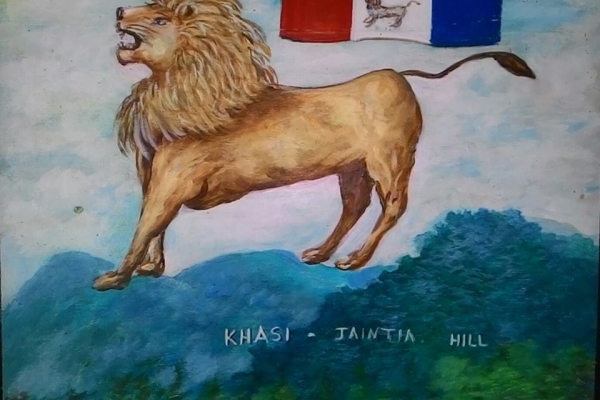 The Hill State People’s Democratic Party (HSPDP) has decided to approach leaders from Garo Hills for pursuing the long pending demands for the creation of a separate Khasi-Jaintia state and separate Garoland.

After chairing the central executive committee (CEC) meeting on Thursday, HSPDP president KP Pangniang told reporters that the demand for a separate state is one of the promises made by the party in its 2018 election manifesto.

“The party has raised the demand for a separate Khasi-Jaintia state under Article 371. We want that this should also be extended to the state (as it was done in the case of other NE states which includes Nagaland (371 A) and Mizoram (371 G). Let the state be given (special provision) under (new) Article “J” or “K”,” he said.

“However, we have decided to further deliberate on certain points regarding the demand for inclusion of the state under the special provision of Article 371, in the next CEC meeting to be held very soon,” Pangniang, also a former legislator added.

When asked, the HSPDP president said that the party has decided to soon meet leaders of the Garoland State Movement Committee (GSMC) requesting the need to work together in pursuing the long pending demands for creation of separate states for the Khasi-Jaintia and Garos.

“We are still negotiating with them so that we can work together as we did in the past – they for Garoland and us for Khasi-Jaintia state,” he said.

It may be mentioned here that the HSPDP for the past 53 years has been spearheading the demand for a separate state.

Pangniang recalled that one of the steps taken by the HSPDP under the leadership of the former president (late) Hoping Stone Lyngdoh was working together with the Garo National Council (GNC), which is also fighting for separate Garoland.

Meanwhile, the party also slammed the Centre for delaying to include Khasi and Garo languages under the Eighth Schedule to the Constitution of India.

“We feel that till today the Govt of India is yet to recognize us as Khasi-Jaintia despite being one of the major tribes in the North east,” he said.