When the world faces censorship from both state and non-state actors, few people like Thotshang Shaiza have the courage to uphold the true spirit of freedom of expression and confront intimidation, Professor Yaruingam Awungshi, president TNSD remarked in his condolences message. 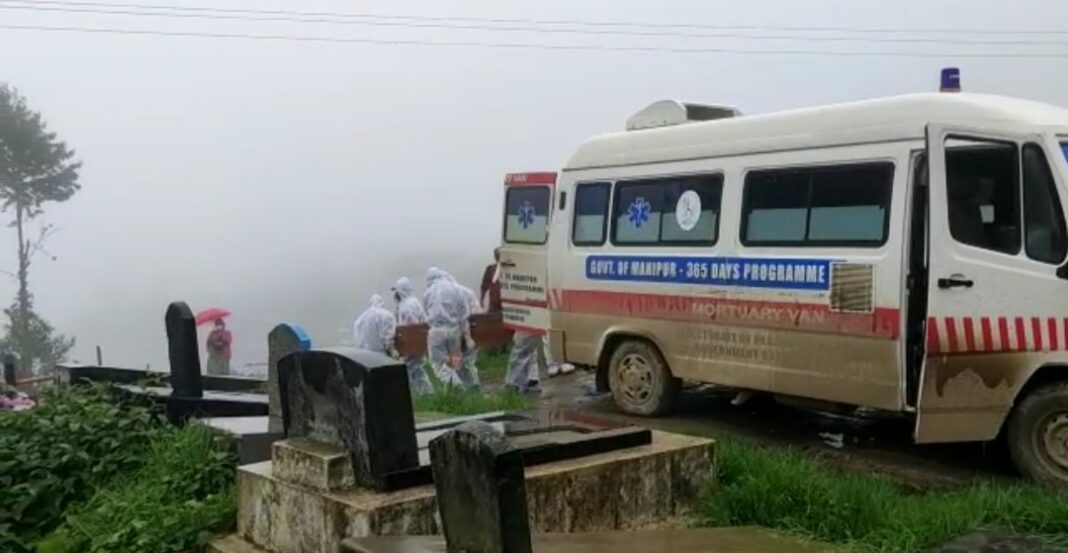 Shaiza passed away on Saturday at JNIMS after prolonged illness and was cremated on Sunday.

Expressing shock and bereavement, the Tangkhul Naga Wungnao Long (TNWL) in its release issued on Monday by its general secretary Kaphaoleng Angkang said in his untimely demise we have lost a “brave son of the state who had contributed much to the Tangkhul community in his time as a journalist and prayed that our good lord guide the bereaved family of late Thotshang Shaiza in these difficult time.”

The contributions he had made to the community is well acknowledge and appreciated adding that the community has lost a wonderful person in him, it further said.

Condoling late Shaiza, the Tangkhul Naga Society Delhi (TNSD) said they are deeply saddened by his untimely demise who is “one of the most outspoken Tangkhul journalists,” stated a condolence message sent by professor Yaruingam Awungshi, president TNSD.

When the world is facing censorship from both state and non-state actors, few people like him have the courage to uphold the true spirit of freedom of expression and confront intimidation. We will continue to cherish the courage of the strong man in him. We sincerely express our condolences to the bereaved family. May the almighty God grant comfort and solace to the bereaved Shaiza’s family. Upholding all of you in our prayer. May his soul rest in peace, Awungshi prayed.

Thotshang Shaiza is a rare gem for Tangkhul Shanao Long (TSL) as he made immense contributions to the women league in his time. Among the myriads of contributions he had made, “his ability to offer advice sans any hint of hesitation and the willingness to our plead” is well acknowledged. He was a thorough gentleman, TSL president Veronica Zingkhai and general secretary Lungreila Jajo remarked. While saying that they are shocked to hear that he is no more, it said, nevertheless, God plans is far the better. “May the dear departed soul rests in His eternal arm.”

TSL humbly prayed that almighty God wash away all their pain and worries the bereaved family members is going through in these difficult time.

The senior journalist succumbed to Covid-19 complications as he developed severe lung infection. He was referred to JNIMS from Ukhrul District Hospital on June 10 after his condition worsened. Shaiza was found Covid-19 positive on June 4. He was 52.