A 2018 survey identified as many as 6000-7000 drug users in the district, adding that the number of casualty related to drug overdose cases which occurs on regular intervals have reached four in 2021. Drug crisis in Ukhrul distirct is an increasing concern, he added. 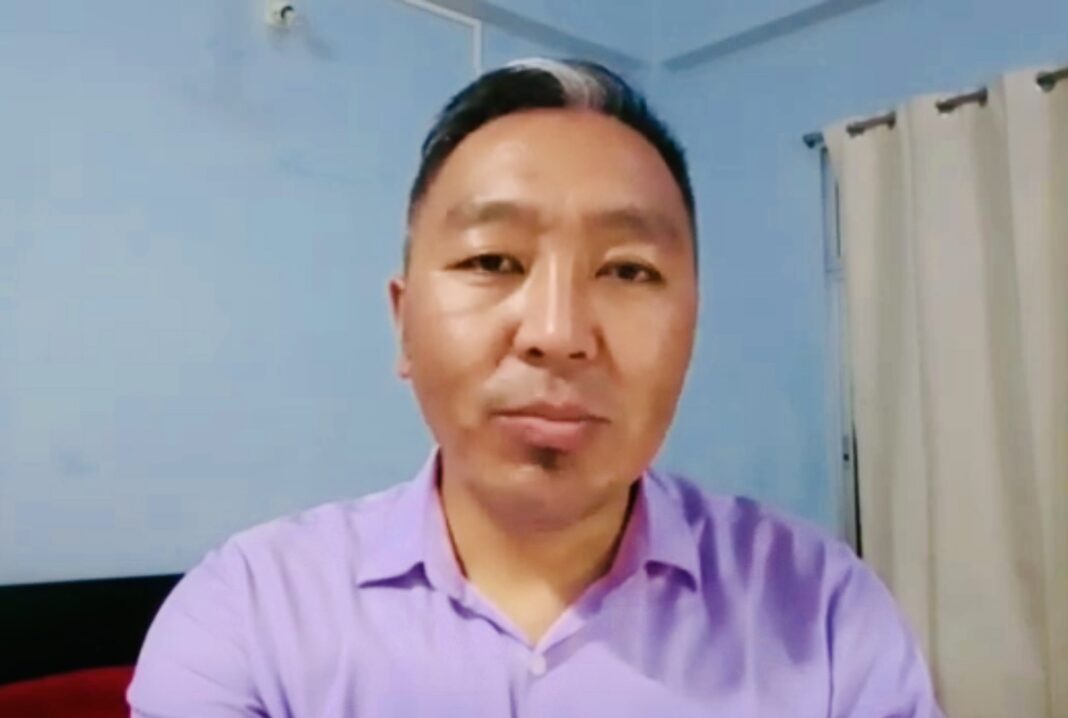 2021 theme, Share Facts on Drugs, Save Lives on International Day of Drug Abuse and Illicit Trafficking was expounded by A Wungreiso on the impact of drug abuse and the role of society and family in mitigating its evil impact.

Taking cue on the role of United Nations Office on Drugs and Crimes’ (UNODC) initiative in spreading awareness and preventive measures to mitigate the fight against illicit drugs and international crime, the resource person pointed out as many as 11.8 million lives are lost to drug addiction every year around the world. This is why drug addiction is called the third worst disease, he added.

Underlying few key factors on drug addiction and alcoholism as a serious issue facing the society, given the multifaceted drug problem and alcoholism pose, he observed that the problem cannot be rid of by mere criticism or accusation, rather it needs a comprehensive understanding of the disease.

A 2018 survey identified as many as 6000-7000 drug users in the district, adding that the number of casualty related to drug overdose cases which occurs on regular intervals have reached four in 2021, A Wungreiso said. Drug crisis in Ukhrul distirct is an increasing concern, he added.

According to A Wungreiso, the first case of drug abuse started in 1970s but by 1980s crisis related to drug addiction began to surface in Ukhrul district. Many have fallen prey to the disease and lost their lives, leaving behind scores of widows and orphans, he informed.

Ukhrul district geographically is at a vulnerable location sharing border with Myamnar where distribution of illegal contrabands is sold and readily available ranging from heroin to prescribed pharmaceutical drugs.

The resource person stressed particularly on change in approach in dealing with drug problem and alcoholism, and in spreading awareness and sensitising the society – the heart to rescue ailing drug users and alcoholics with compassion rather than treading them as pariahs.

He categorically pointed out how the society view drug addicts and alcoholics as outcast. This, he observed, have been the cause of surge of drug users and alcoholics in our society.

Instead of accommodating them into the society, drug problem is given a ‘moral issue’ tag coupled with family members’ disapproval and resentment, as well as the sheer lack of interest in helping solve the problem. He opined that immediate family members, villagers, localities and the societies’ inability to understand the drug crisis, on the contrary, responding in anger against drug users and alcoholics isn’t helpful, A Wungreiso observed.

It’s become a Church vs addicts issue, where the Church always preach from the moral higher ground devoid of Christianly love and the lack of understanding that addiction is a treatable disease requires a revisit, he opined.

The other major setback, the resource person observed is the absence of drug rehabilitation centre and related services in Ukhrul for patients willing to undergo rehabilitation. Ukhrul have seen increasing numbers of drug users during the pandemic because of closure of educational institutions, he noted.

To combat drug crisis and alcoholism at hand, everyone in the district has an active role to play in order to weed out drug problem, adding that it cannot be solely left to government agencies alone. It should be led and participated by local leaders, Churches, social activists, non profits and families. This also means constantly keeping a tap on human trafficking of locals who venture into cities for jobs are given attention and monitored so that no one falls into the wrong hands, A Wungreiso concluded.

Ekhon TV was the media partner of this online event.