It also appealed the state government functionaries to intervene under the appropriate legal provisions available and settle within a reasonable time frame to avoid further escalation of the conflict. 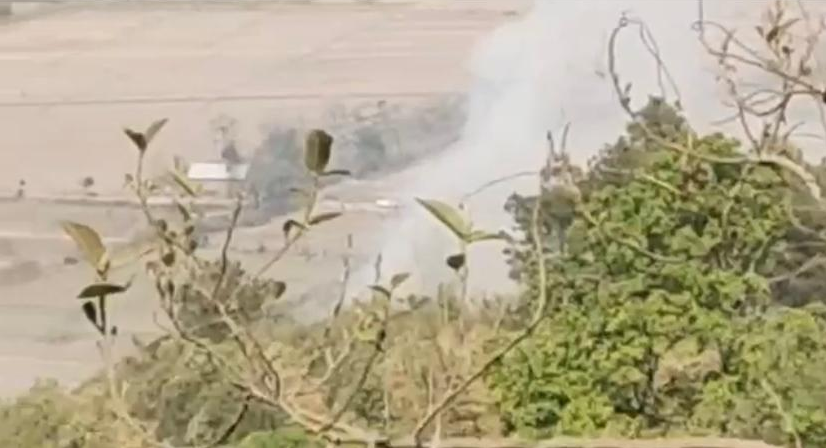 Chandel Naga People’s Organization (CNPO) in a press release issued on Tuesday termed the burning down of seven houses of Sandangsenba Maring village by the residents of Andro village in broad daylight on Monday as unfortunate.

CNPO termed the incident a sad day for the helpless onlookers and the villagers, who were not only shocked and tense but also traumatized by the incident, and further, condemned the burning of houses and reserved forest of Sandangsenba village in the presence of police who were overpowered by the attackers.

Chandel Naga People’s Organization appealed the two party to amicably resolve the ongoing land dispute as per the law of the land.

It also appealed the state government functionaries to intervene under the appropriate legal provisions available and settle within a reasonable time frame to avoid further escalation of the conflict.

CNPO also appealed the state government to provide relief and rehabilitation to the affected Sandagsenba villagers whose houses were burnt down and further added that it will continue to monitor the progress of the case for timely and amicable solution.

In another press statement by Naga Women’s Union Chandel (NWUC) on the violent incident that occurred at Sandangsenba Maring village, NWUC fervently appealed for peace and social harmony among the community living in the state.

NWUC, urging both the villages in the neighbourhood to shun violence, said it was a tragic incident burning of houses, farm huts, plantations belonging to Sandangsenba Maring village by Andro Meitei group, which flared up the conflict.

“Respecting the strong traditional bond of good neighbourhood shall yield the true harvest of progress and development,” NWUC maintained.

It further urged for proper dialogue on disagreements between the neighbouring villages and discouraged the use of muscle, political, money power to suppress the truth, the release said.

NWUC then appealed the government to secure human rights of the Scheduled Tribe minority.