Learn from the past mistakes: Opposition leader TR Zeliang on Naga political issue

NPF had always been for an ‘inclusive’ solution which implies that all Nagas living in "all the Naga ancestral land" should be stakeholders in any kind of solution. 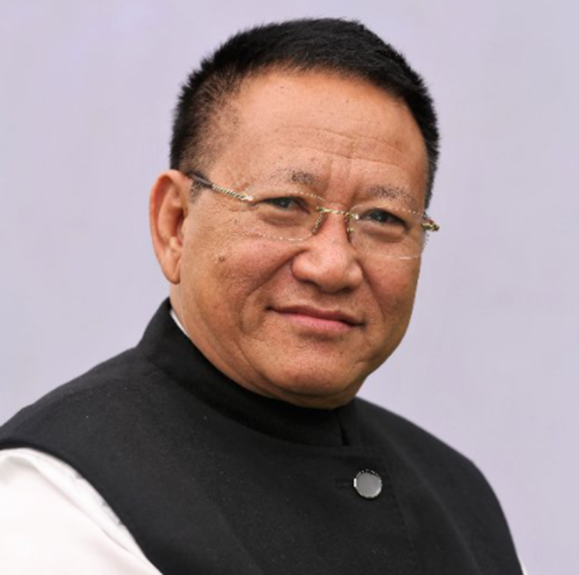 Nagaland opposition leader TR Zeliang participating in the discussion on the Naga political issue at the 7th session of the 13th NLA on Tuesday said that the “Naga political issue is not about who is right but what is right for the Nagas”. He said that for decades “we have struggled to find an amicable and early solution which is the desire and aspiration of all Nagas spread across four Indian States and two nations”.

Zeliang stated that every group and every Naga leader desires the best for the Nagas and in this regard, they have all toiled and given their all for the cause of the Nagas. He added that it cannot be denied that there is an apparent gap between the Naga negotiating groups, and as such elected representatives of the people and facilitators have a big role to play in bridging the gap and differences between them. Zeliang also said that this bridging can start only when “we stop taking sides and stop playing the role of a judge by determining who is right but rather we should strive towards what is best and right for the Nagas”.

Zeliang remarked that the Political Affairs Mission (PAM) of the NPF stands for “One Solution, One Accord’. He also said that during the course of PAM consultation with various civil society organisations and the Naga negotiating groups everyone was in line with this and willing to wholeheartedly support for one solution.

He also referred to PDA Government’s resolution adopted on October 15, 2020 wherein they had also taken a similar stand: “One Solution for One People”. He said that genuine peace in the land could be achieved through “political settlement based on Naga historical and political rights” and on the “unique history and position of the Nagas and this needs to be pursued in letter and spirit and solution should be based in line with this principle.”

TR Zeliang then appealed the Government of India to work out final modalities to come to a meeting point, wherein all the groups agree for one solution in the best interest of the Nagas, which will bring about lasting peace in “our land”.

TR Zeliang further stressed that NPF had always been for an ‘inclusive’ solution which implies that all Nagas living in “all the Naga ancestral land” should be stakeholders in any kind of solution. He called upon all the Naga political groups to sign ceasefire agreements with the Government of India and join the dialogue to find a solution to the protracted Naga political issue. NPF party always stands for inclusiveness and worked selflessly in bringing various factions to the negotiating table to engage in peace talks with the Government of India, he added.

TR Zeliang also said that some of the best lessons “we ever learn are learned from past mistakes” and that “mistakes are meant for learning, not repeating”. He added that if past agreements and accords were any indication, “it is time we learn from it and bring out a tenable solution this time”.