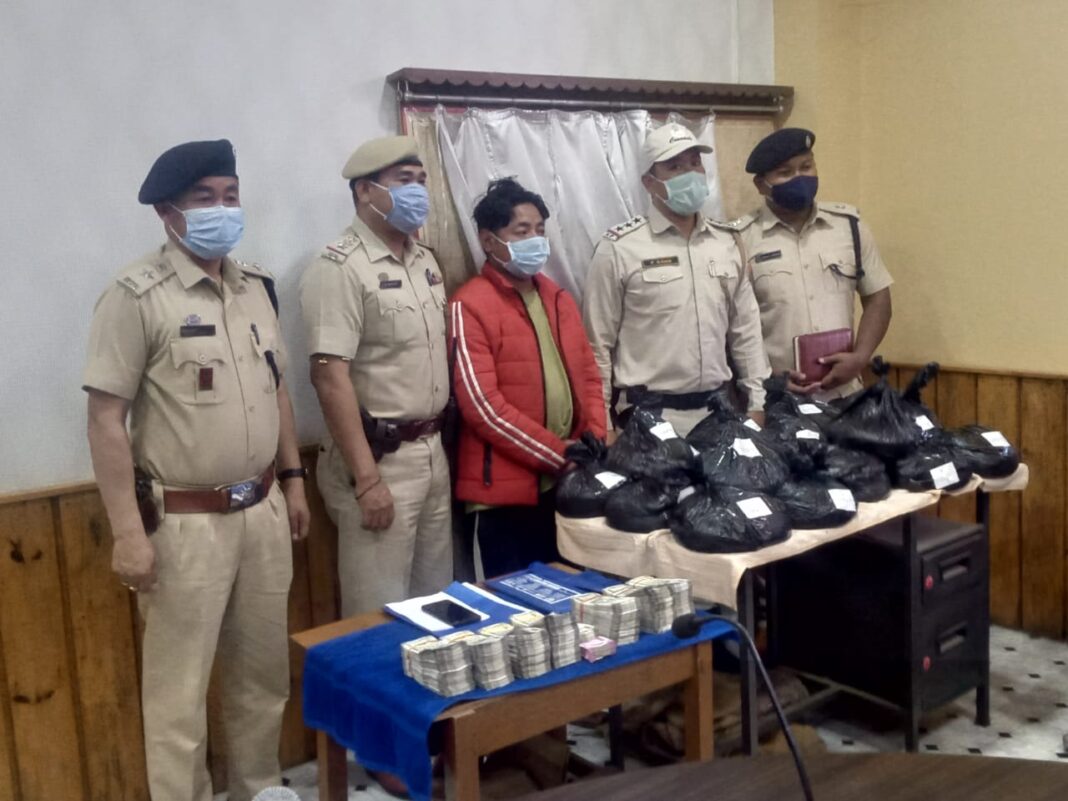 Police in Manipur have arrested an alleged drug dealer with a large quantity of opium which would worth over Rs 2.53 crore in the international market, police said on Saturday. A cash amount of Rs 19,85,000 was also seized during the operation launched by a team of police commandos at Kanglatongbi under Sekmai police station of Imphal West district on Friday night, around 8.30 pm.

Addressing a press conference today, Imphal West superintendent of police, K Meghachandra claimed that 84.45 kg of opium was recovered during the operation launched by the police commando team following detention of a person who has been identified as Sandeep Limbu (31), son of Manbir Limbu of Erang Part -1 of Dhoreghari village of Senapati district currently staying at a rented house at Shantipur village of Kanglatongbi.

The police officer then said that the police commando team on frisking and checking duty along the highway (NH-2) on Friday evening signalled to stop Sandeep Limbu who was moving in a very suspicious manner. Defying the signal, he ran inside a house nearby. However, the police pulled him up and conducted an on spot interrogation while raiding the house and a vehicle parked in the courtyard. While searching the vehicle (EECO van with no number plate), the police found two gunny bags suspected to be containing some illegal items. During checking, police found 22 packets (black colour polythene) opium weighing 84.45 kg concealing amid grocery items like rice, dal and vegetables, the police further said.

Estimating at Rs 3 lakh per kg in the international market, the total value of the seized opium would worth around Rs 2.53 crore.

On further questioning, the police came to know that the detained person received the opium from one Premjit at Sekmai Bazar on April 2 afternoon for onward transportation to Guwahati.

The money in cash recovered from his house during further raid was also collected by him from an unknown person from a bazaar in Imphal allegedly on the instruction of one Karan from Guwahati.

The police officer alleged that the seized opium and the money were to be delivered to Karan at Guwahati by the arrested man who admitted that he had earlier delivered opium consignments to Guwahati five times.