ECI secretary Ajay Kumar Verma said that Sarma has “violated” the provisions of the Model Code of Conduct, which came into force on February 26, 2021. 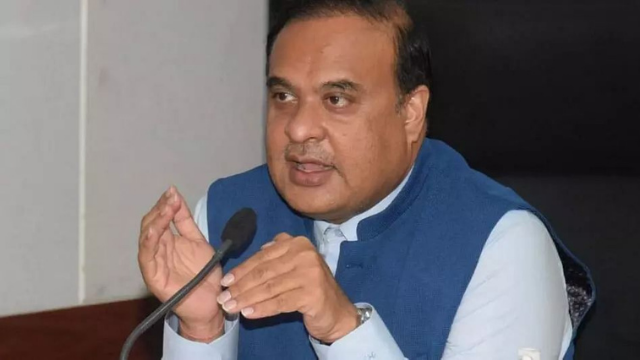 In its official notification, the EC said that Sarma’s reply to the show-cause notice, which was issued earlier, was “not found to be satisfactory”.

Hence while condemning Sarma’s statement, under Article 324 of the Constitution of India, the EC has taken the step to ban the BJP leader from further campaigning with immediate effect.

ECI secretary Ajay Kumar Verma said that Sarma has “violated” the provisions of the Model Code of Conduct, which came into force on February 26, 2021.

According to the Model Code of Conduct imposed by the ECI: “Criticism of other political parties, when made, shall be confined to their policies and programme, past record and work. Parties and candidates shall refrain from criticism of all aspects of private life, not connected with the public activities of the leaders or workers of other parties. Criticism of other parties or their workers based on unverified allegations or distortion shall be avoided”.

The show-cause notice was served to Sarma on the basis of a complaint lodged by Congress saying that it was an attempt to influence the voters to not vote for the Congress Alliance, including Mohilary’s party.

While speaking to reporters last month, Sarma threatened Hagrama Mohilary of sending him to jail by misusing the Central Agency NIA.

27 UPRF/KNLF Militants lay down Arms and Surrender in Assam