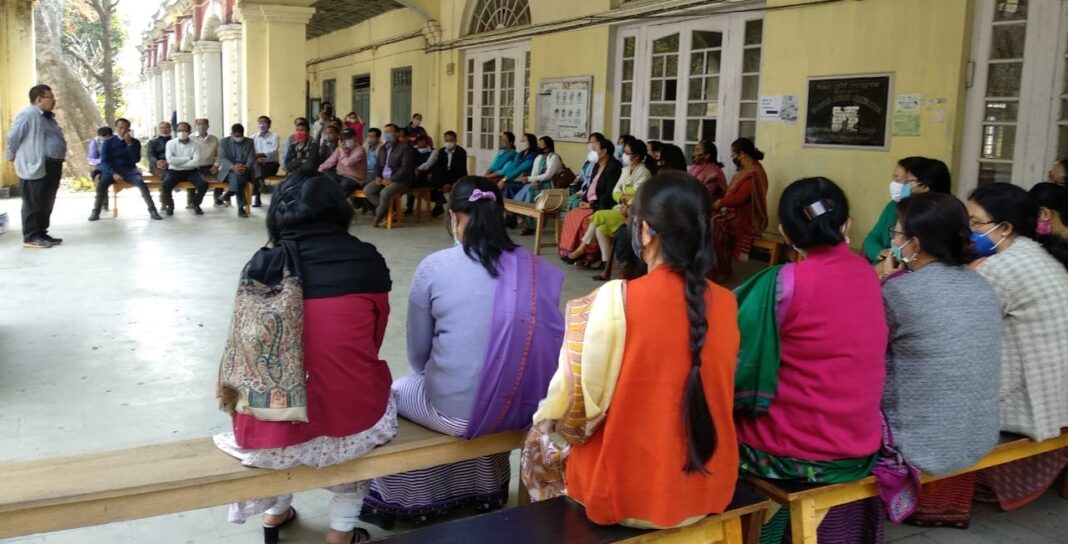 Government college teachers in Manipur continued agitations as they are not willing to accept the order issued by the state government addressing their demand.

Teachers are on cease work strike including boycotting of classes demanding implementation of  7th UGC Pay and Regulations, 2018 under the aegis of the Federation of Government College Teachers’ Association (FEGOCTA), Manipur since January 28 last. To address the demand of the teachers, the state government on Thursday issued an order implementing the 7th UGC Pay. However, the teachers’ body said the order was “incomplete”.

“Cease work with sit-in-protest will continue as usual until acceptable orders are issued as per cabinet approval of 6th August, 2020,” it added.

FEGOCTA then warned that other democratic forms of protests may be added from time to time.

The emergency executive meeting further resolved to use social media including Facebook, YouTube etc. to highlight the reasons behind continuation of the cease work strike and “unacceptable orders contradictory to cabinet approval of August 6, 2020”, the statement added. The meeting further resolved to relax the teachers discharging their duties in the ensuing elections to the student unions of colleges. However, the teachers on election related activities will wear black badges as a mark of protests and in solidarity with the rest of the teachers who are on cease work strike.

Boycott of classes, other academic and administrative activities to be continued by the rest of government college teachers.