Public demand construction of Tamenglong-Halflong road in the Old alignment 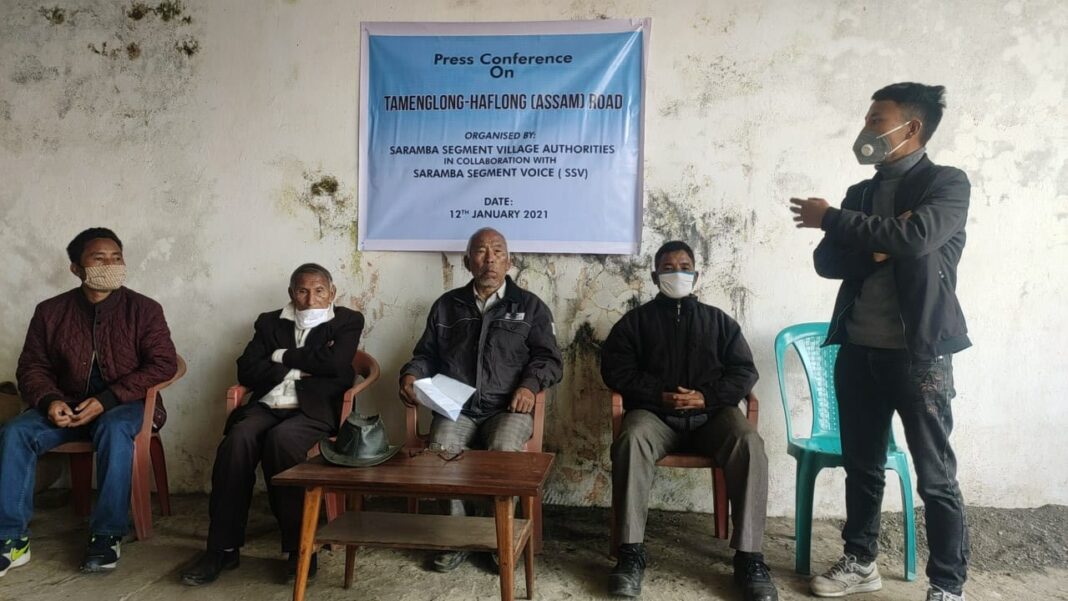 Saramba Segment Village Authorities (SSVA) and Saramba Segment Voice (SSV) reiterated its stand to demand the construction of Tamenglong-Halflong Road following the old alignment on the logic that a new alignment will not only destroy plenty of resources but also serve vested interest of few individuals.

During the Press Conference conducted at Tamenglong HQ, AG Pangim, Former ADC Chairman said, it is not against the construction of Tamenglong-Haflong road but an objection to the construction. He further said that old alignment had already been constructed since 1970s and it is truckable till Jiri River, bordering river between Assam and Manipur. He urged the District Administration of Tamenglong not to follow vested interest of few villages as the administration is for whole public. Desire of the general public is to construct the road according to old alignment, which is also called the Gupta Alignment.

SSV President, Loveson Kamei also said that if the road could not be constructed in old alignment at least till Achin Tiang, agitation would continue even more intense till their demands are fulfilled.

Saramba Chairman, Ramjinang Riamei highlighting the previous meeting held with DC Tamenglong Armstrong Pame, IAS, said that the associations had already told the DC Tamenglong to construct the road according to the old alignment at least till Achin Tiang because it is centre of connectivity for all the surrounding villages. Luikham Panmei, Chramram Village, also highlighted about how resources had been destroyed while cutting the previous alignment and expressed concern over potential destruction of plenty of resources if new alignment has to be made again.