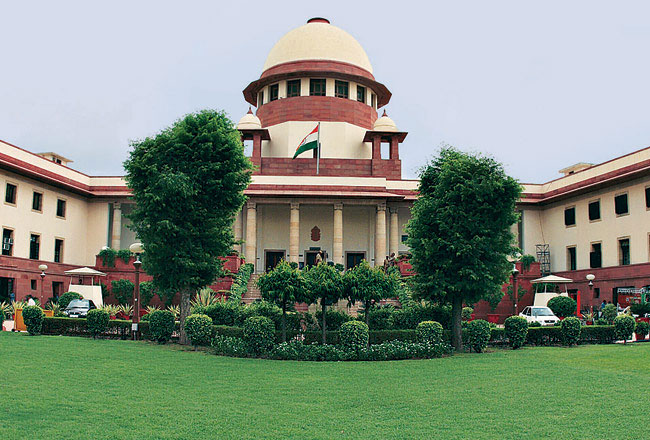 The Supreme Court has adjourned the final disposal of a case pertaining to the appointment of 12 MLAs as Parliamentary Secretaries in Manipur till August 3 .

However according to the status update on the website of the Supreme Court, the case is likely to be listed on August 26 .

The writ petition filed by DD Thaisi, MLA of 47- Karong AC, was listed before the bench of Justice L Nageswara Rao and Aniruddha Bose as item number 33 for final disposal at admission stage along with SLPs.

The writ petition filed by DD Thaisi against Election Commission of India through the Secretary as respondents prayed to give direction to the Election Commission of India and its opinion to the Governor of Manipur on the disqualification of 12 MLAs who were appointed as Parliamentary Secretaries for holding office of profit which the High Court of Manipur termed as unconstitutional in their judgment order passed on September 18, 2020.

The filed writ petition alleged that the Election Commission of India has failed to discharge its Constitutional duty.

Earlier in February 2021, after the writ petition was filed, the Supreme Court issued notice to the Election Commission of India on the matter.

According to source, it is stated that during the hearing of the writ petition held along with two SLPs today, the Election Commission of India submitted that they have submitted their opinion before the Governor of Manipur with regard to the office of profit case on January 14, 2020 .

The sources further said that as prayed by the counsels for SLP for a week time for filing their report, the Supreme Court adjourned the matter.

Mention may be made that the High Court of Manipur passed a judgment on September 18, 2020 which categorically stated that the Manipur Parliamentary Secretary (Appoint- ment, Salary and Allowances & Miscellaneous Provision) Act 2012 and the Manipur Parliamentary Secretary (Appointment, Salary and Allowances and Miscellaneous Provision) Repealing Act 2018 are unconstitutional.

The High Court also made it clear that the Manipur Parliamentary Secretary (Appointment, Salary and Allowances and Miscellaneous Provision) Repea- ling Act 2018 was invalid.