CEO Manipur gears up to launch e-EPIC on Jan 25

The joint CEO then announced that the Electoral Photo Identity Card (EPIC) will be issued free of cost to the newly enrolled electors on January 25 which the state CEO office will also celebrate the 11th National Voters Day. 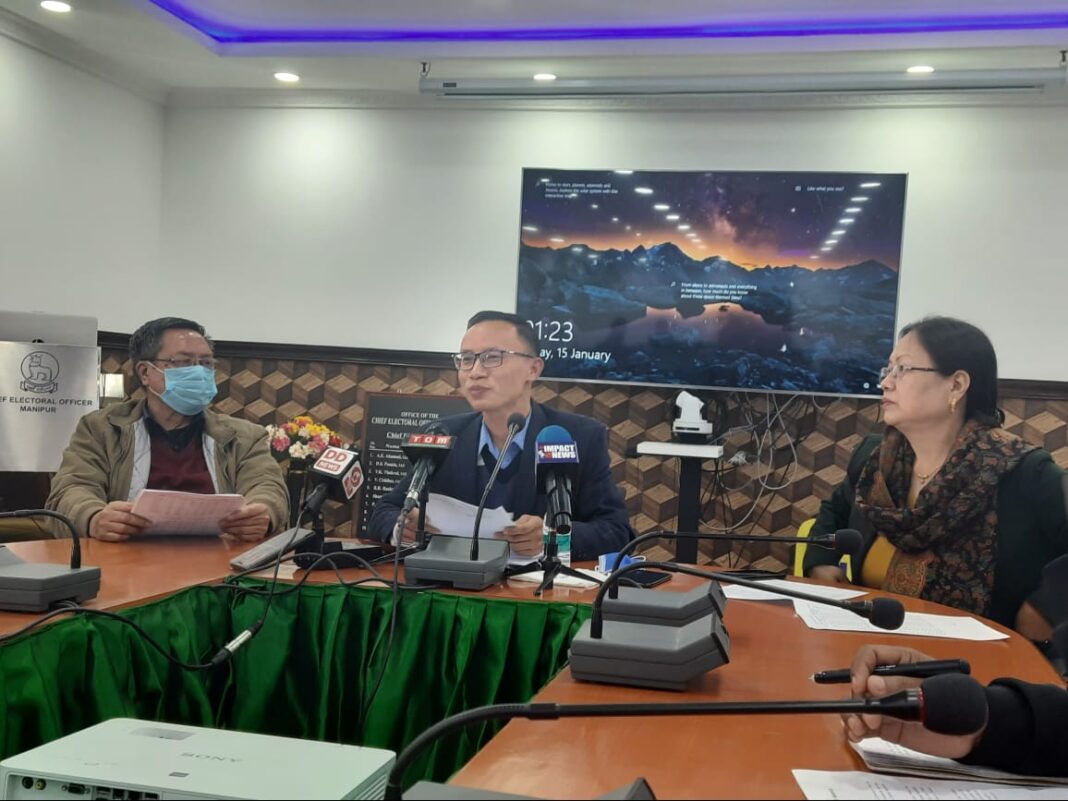 Addressing a press conference after publishing final photo electoral rolls of the state with January 1, 2021 as qualifying, state joint Chief Electoral Officer (CEO), Ramananda Nongmeikapam said that e-EPIC will help in easing the electors in downloading and printing the voter card. “Elector can print the card or store it as per convenience,” he added.

e-EPIC will be launched in Manipur too on January 25, the day on which Election Commission of India is preparing to launch the same countrywide while celebrating the 11th National Voters Day.

The joint CEO then said that the total number of polling stations across the state as on final publication is 2,894. Out of this, 2,292 are in rural areas while the rest 602 are in urban areas.

He informed that during the special summary revision, the state CEO office received a total of 50,553 applications for inclusion of name in the electoral roll. However, 47,301 were enrolled, he added.

A total of 11,855 electoral roll objection applications were also received, out of which 11,042 electoral rolls were deleted after a thorough verification, he said. Asserting that the CEO office observed a large number of youth of 18 and 19 year-old enrolling in the electoral list, the joint CEO claimed it was a success to the Systematic Voters’ Education and Electoral Participation (SVEEP) campaign of the ECI.

The joint CEO then announced that the Electoral Photo Identity Card (EPIC) will be issued free of cost to the newly enrolled electors on January 25 which the state CEO office will also celebrate the 11th National Voters Day.

In the state, the day will be celebrated in all the polling stations, offices of the DCs and EROs. On the occasion, some selected newly enrolled electors will be felicitated in the state level function, he said.

Informing that the state CEO office will continue updating electoral rolls throughout the year, the joint CEO appealed to the people who are qualified for being enrolled as voters but left out during the latest revision to enrol their name and enjoy the voting rights.