The timely detection of the IED has averted a major tragedy that could have occurred, Imphal East district SP Dr Jogeshchandra Haobijam, who arrived at the spot to take stock of the situation, said 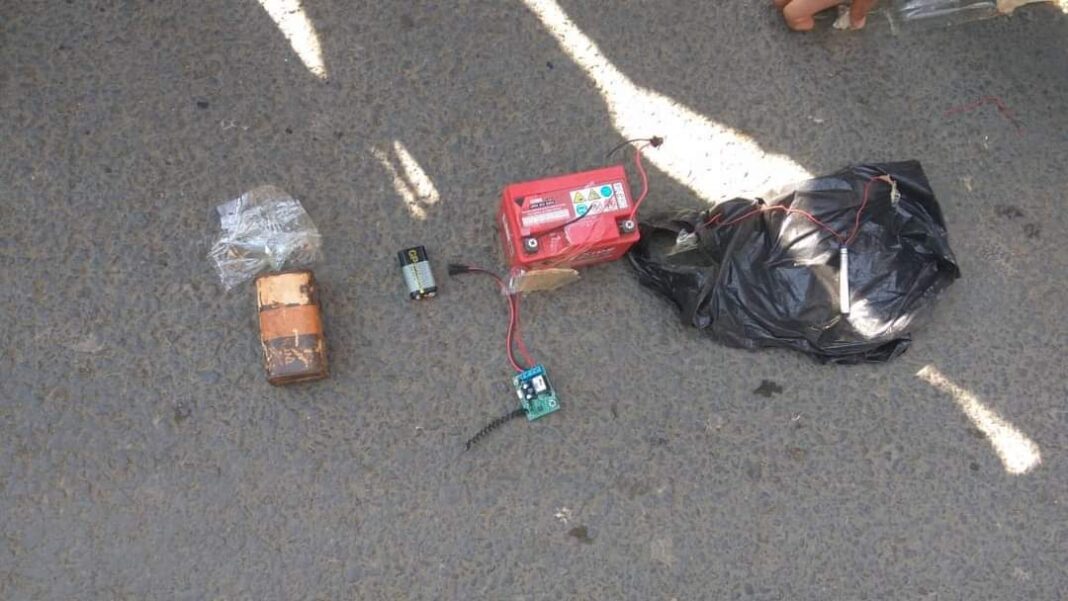 Despite increased security measures, police on Monday discovered a powerful remote control IED suspected to have been planted by militants.

A combined team of Imphal East police commandos and Assam Rifles detected an IED (improvised explosive device) at Kongba Bazar area under Irilbung police station of Imphal East district today morning, around 10 am. The combined team conducting a search operation in Kongba Bazar area based on specific information, found a suspected object wrapped in a black colour polythene bag near a banyan tree on the road side. They deployed a sniffer dog to confirm if the polythene bag contained explosive materials. With the signal of being an explosive, personnel of the state police bomb detection and disposal squad were called in, and the bomb experts confirmed it was a three-kilogram remote control powerful IED.

Following the confirmation, the security force personnel immediately blocked traffic as a precautionary measure while the experts were defusing the IED. The bomb squad struggled for about half an hour to defuse the IED safely. They later handed over the neutralised IED to Irilbung police station for further necessary action.

The timely detection of the IED has averted a major tragedy that could have occurred, Imphal East district SP Dr Jogeshchandra Haobijam, who arrived at the spot to take stock of the situation, said.

Asserting that police need people’s cooperation in maintaining law and orders, the police officer urged the people to inform immediately if any unattended suspected object was found.