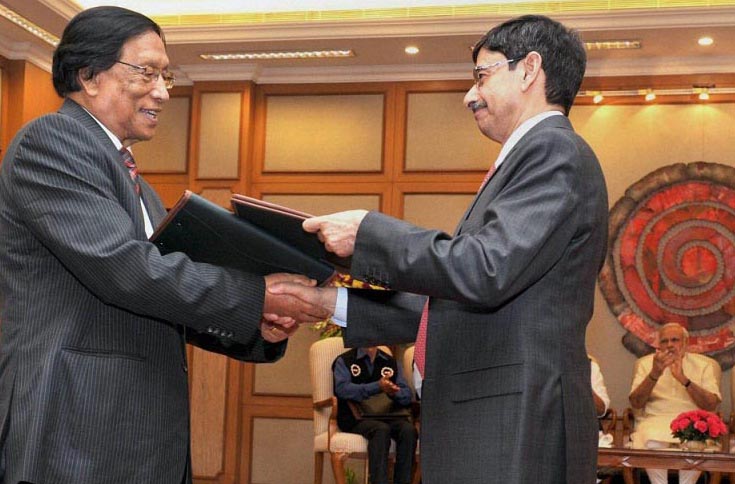 National Socialist Council of Nagalim or the NSCN(I-M) on Wednesday asserted that it has become a serious matter of indignation on the statement of taxation that is so “exasperating, inconsistent and banal” that it speaks of the worst kind of undermining the Naga political issue. It also contended that the sovereign rights of the Naga people to tax cannot be denied.

Naga peace talks interlocutor and Nagaland governor RN Ravi had recently refuted the claim by NSCN (I-M) that the Naga outfit had been given the right to tax people.

“Taxation is a sovereign function which can be exercised only either by the government of India or the state government,” Ravi had pointed out.

The Government of India does not recognise any such rights by any other entity, said Ravi, adding that forcible collection of money by any entity is extortion which is a criminal offence punishable under the law.

In fact, all the Naga armed organisations engaged in the peace process have given a commitment against such collection, he pointed out.

NSCN (I-M), in a release on Wednesday, hit back stating that it was highly unbecoming of the governor of Nagaland “desperately trying to criminalize the Naga political movement” by questioning the taxation right of the NSCN (I-M). Surprisingly, this comes after more than 23 years of Indo-Naga political dialogue.

The Naga outfit claimed that during the course of Indo-Naga political talks, passing through the hands of three interlocutor-ships, this taxation right was acknowledged, which the NSCN (I-M) said was an indication that NSCN (I-M) has the right to tax to carry on its movement and no fuss was made out of it. The press statement issued by the Governor’s office contradicts this stand which violates the spirit of the hard-earned Naga peace talks crossing more than 23 years.

NSCN (I-M) further contended that following the signing of the Framework Agreement of August 3, 2015, this taxation was included in the competencies.

The Naga outfit also reminded that the peace talk is yet to be finalised as critical issues are waiting to be considered from the perspective of the Framework Agreement.

NSCN (I-M) claimed that taxation is something that is deeply rooted in the history of the Naga resistance movement even before the Naga National Council (NNC) came into the scene. Now the focus has been shifted to NSCN (I-M) which it claims is at the helm of affairs leading the Naga political struggle. As brought about by the 23 years of Indo-Naga peace talks, the Nagas’ stand for sovereign existence is before the world domain and not a question of obscurity.

“It has become pertinent to mention the background of Naga history to drive home the point that tax collection was the inherent part of the Nagas way of political existence as sovereign people since time immemorial in order to manage its own affairs”.

The release by the Ministry of Information and Publicity of NSCN (I-M) maintained that taxation was there during the Naga National Council (NNC) time.

NSCN (I-M) also claimed that it is a genuine political group and a government of the people with total commitment to finding an honorable political settlement and it should not be treated at par with other outfits that have different objectives that are not going to benefit the Nagas in the final moment but only for temporary benefits.

NSCN (I-M) also maintained that it is not working for packages from the Government of India but for an honorable and acceptable political settlement with India and the nominal taxations will continue as it is.

“The irony is that while other outfits are taxing the people they work as the agents of adversaries that are remotely connected with the Naga political interest. Nagas are thus, made to suffer by the GoI under the garb of Naga Political Groups (NPGs)”.

NSCN (I-M) further claimed that as per the Framework Agreement, the Nagas are the masters of their own lands both below and above.

“So, why should India interfere in the internal matters of the sovereign Naga people? The Government of India opposing taxations by the NSCN (I-M) instantly violates the FA wherein the two entities have agreed to coexist peacefully as two different entities sharing sovereign power”.

Stating that taxation is the legitimate right of every government of a nation-state, NSCN (I-M) maintained that the Nagas declared their independence status as a sovereign nation one day ahead of India and defended its sovereign right thus far. The Naga nation does not require permission from the Government of India for taxation. The matter remains loud and clear that at no point in time the Nagas became Indians either by conquest or consent. Thus, it is too far-fetched for the governor of Nagaland state to issue such an outrageous statement on taxation, it added.