Media fraternity in Nagaland independent and devoid of any influence by the Government or any other organization. 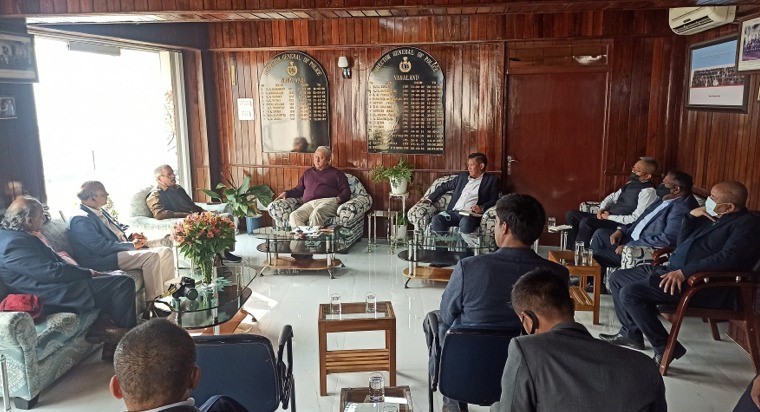 The Press Council of India (PCI) Sub Committee to evolve guidelines for the media and security forces on reporting in conflict situations and to organise activities in North East states, Naxal affected areas and J&K, who are on a two day visit to Nagaland, met Nagaland chief minister, Neiphiu Rio, DGP Nagaland, T. John Longkumer, IPS and other senior police officers of the State at PHQ Kohima on Tuesday. The three member Sub Committee led by Convenor, Jaishankar Gupta and members Kamal Nain Narang and Pradeep Kumar had a lengthy discussion with the senior police officers of the State on matters related to media management and reporting from conflict areas, a DIPR report said.

Sub Committee Convenor, Jaishankar Gupta during the discussion expressed his  concerns over the need for authentic news backed by proper facts to be presented regarding any incident or event or conflict even from the remotest of areas in the State and elaborated on the role of the security forces in ensuring that the media is presented with all the proper facts and figures regarding any event and also the need to have a Nodal Officer who would be in-charge of disseminating information to the media fraternity. He said that the sub-committee was visiting the state so that they could get a proper view of the ground realities in the state and to experience in person the problems or difficulties, if any, that the media might be facing in the state, only after which they would be working towards formulating certain guidelines to be followed by media and security forces on reporting from conflict areas, the report added.

DGP Nagaland,T. John Longkumer, IPS updated the team on the current scenario in the State and expressed that the State was relatively peaceful and that there were hardly any issues of security or threat to the media fraternity in the State. He further mentioned that the media persons and the security forces share a very cordial relationship with each other and in fact help each other out on a very regular basis. Other senior police officers also added to the point mentioned by the DGP by saying that the media in the State was very independent and devoid of any influence by the Government or any other organization, the DIPR report also said.

The meeting concluded with the PCI Sub-Committee members thanking the DGP Nagaland along with his officers for their cooperation and providing valuable inputs which would help them in formulating proper guidelines that would benefit both parties.

The Press Council of India Sub-Committee met and interacted with Chief Minister, Neiphiu Rio at his Residential Office on Tuesday.

The Sub-Committee briefed the Chief Minister on the purpose of their visit to the State and highlighted the various problems faced by journalists and media persons in the country, particularly in conflict areas.

Chief Minister Neiphiu Rio briefed the team on various issues and the current affairs of the state. The Chief Minister informed that the welfare of the press fraternity in the State is relatively good as compared to other states. Rio also apprised the Sub-Committee members on the steps taken by the State Government for the welfare of the press fraternity.