The residents planned to stage the protest demanding befitting punishments of the culprits involved in the killing of a 17-year-old boy during a quarrel over land dispute on February 27 night. 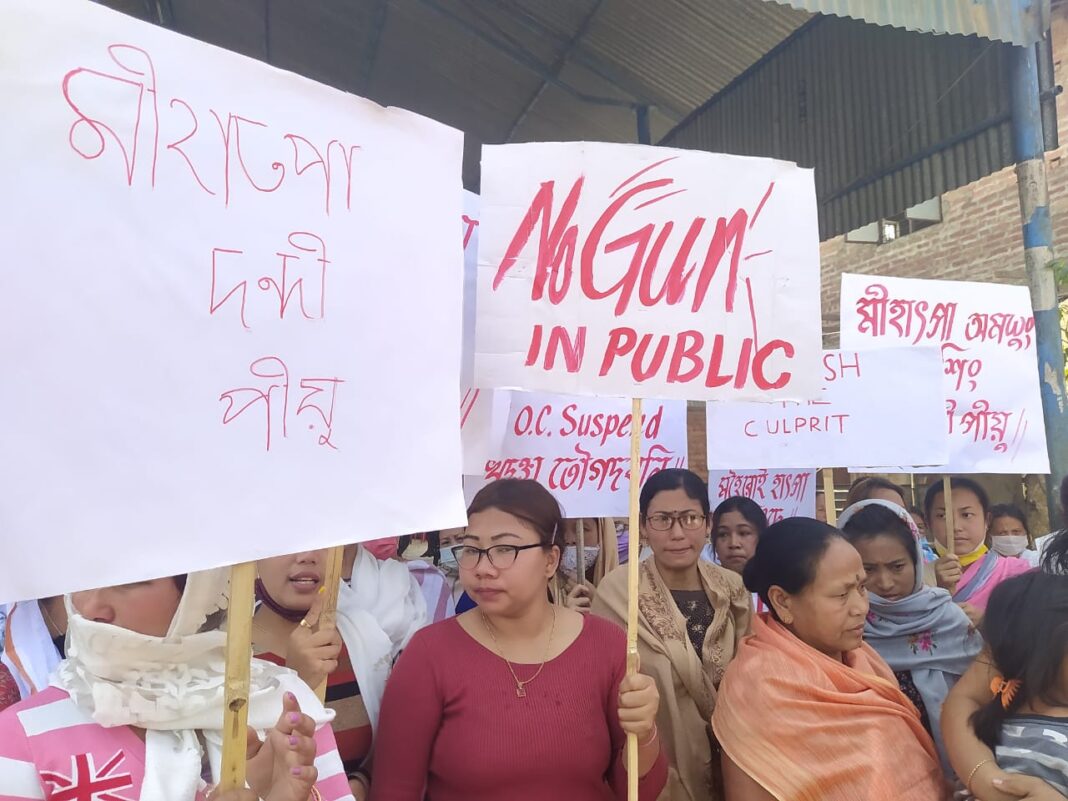 Protesters who defied curfew to carry out a protest in Imphal briefly scuffled with police on Tuesday. After taking control of the situation using tear gas shells, the police allowed the protesters to stage a peaceful sit-in-protest.

A large number of residents of Kakwa Naorem Leikai under Singjamei police station converged at a community hall of the locality to carry out a protest. The residents planned to stage the protest demanding befitting punishments of the culprits involved in the killing of a 17-year-old boy  during a quarrel over land dispute on February 27 night. The police, however, tried to prevent them from staging the protest saying that the area is under curfew following which the protesters engaged in a heated exchange of words with the police.

A police source said that they resorted to firing tear gas shells after some protesters started pelting stones towards them. A police personnel injured after allegedly hit by a stone, the police source added.
Local reports alleged that the brief scuffle broke out after some police personnel. As the situation went out of control, the police fired tear gas shells to disperse the protesters. Later, the police allowed the protesters to stage a peaceful sit-in-protest after a talk with the leaders of a joint action committee formed in connection with the shooting and killing incident.

The protesters demanded befitting punishment to the culprits involved in the shooting and killing incident.

Mention may be made here that the police have arrested two accused involved in the shooting- Longjam Rakesh and his father Achou from Kakwa Huidrom Leikai.

Following the incident, irate locals had also torched the house of the alleged shooter apart from vandalising three other houses and setting ablaze of a van on February 27.