The ongoing agitation of the teachers is the fifth since FEGOCTA raised the demand to the government in December 2018. 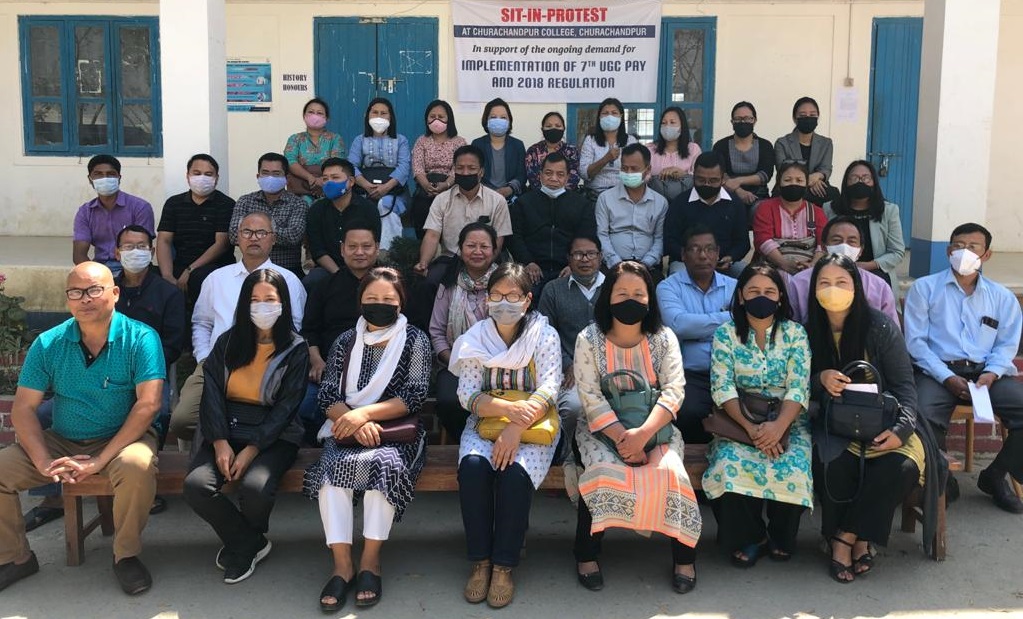 Teachers of government college teachers in Manipur continued to cease work for the 13th day on Tuesday.
Teachers of government colleges under the aegis of Federation of Government College Teachers’ Association (FEGOCTA) are on strike since January 28 last and on cease work strike since February 18 last. FEGOCTA is demanding implementation of 7th UGC Pay and Regulations, 2018 which the state cabinet had already agreed but necessary orders are yet to be issued.

It can be mentioned that the state government, on February 25 last, issued orders adopting pay structures recommended by the Central 7th Pay Commission. However, the teachers rejected the orders.

As the cease work strike entered its 13th day today, the FEGOCTA reiterated its appeal to the state chief minister for his immediate intervention to resolve the ongoing agitations.  While seeking chief minister’s intervention, FEGOCTA said, “The only solution to the fifth FEGOCTA agitations is to issue orders of implementing cabinet approval of the 6th August, 2020.”

“The restoration of the normal academic life in the government colleges absolutely lies with the head of the government and political leadership of Manipur”, the statement of the teachers’ body also said.

For FEGOCTA, assurances and MOU will not work and it stand firm was no to 6th agitations and no more discrimination and deprivation of college teachers.

The ongoing agitation of the teachers is the fifth since FEGOCTA raised the demand to the government in December 2018.

It reiterated that the only solution was issuing a new order which should clearly mention the two components of cabinet decisions of August 6, 2020, adoption of 7th UGC Pay on the lines of ROP, 2019 and UGC Regulations, 2018.

Both have been the demands of FEGOCTA since December, 2018, it added.

These two parts of the cabinet decision of August 6, 2020 were completely missing in the orders issued by the state higher education department of February 25 last.

FEGOCTA had already rejected the orders alleging that it was “incomplete, vague and contradictory to the cabinet decision”.