Tangkhul Naga Wungnao Long (TNWL) has condemned in the strongest term the recent attack on Sharkaphung village headman Wungeikhan Kasar, by a mob in Litan, according to a press communique issued by TNWL General Secretary Kaphaoleng Angkangon Thursday. 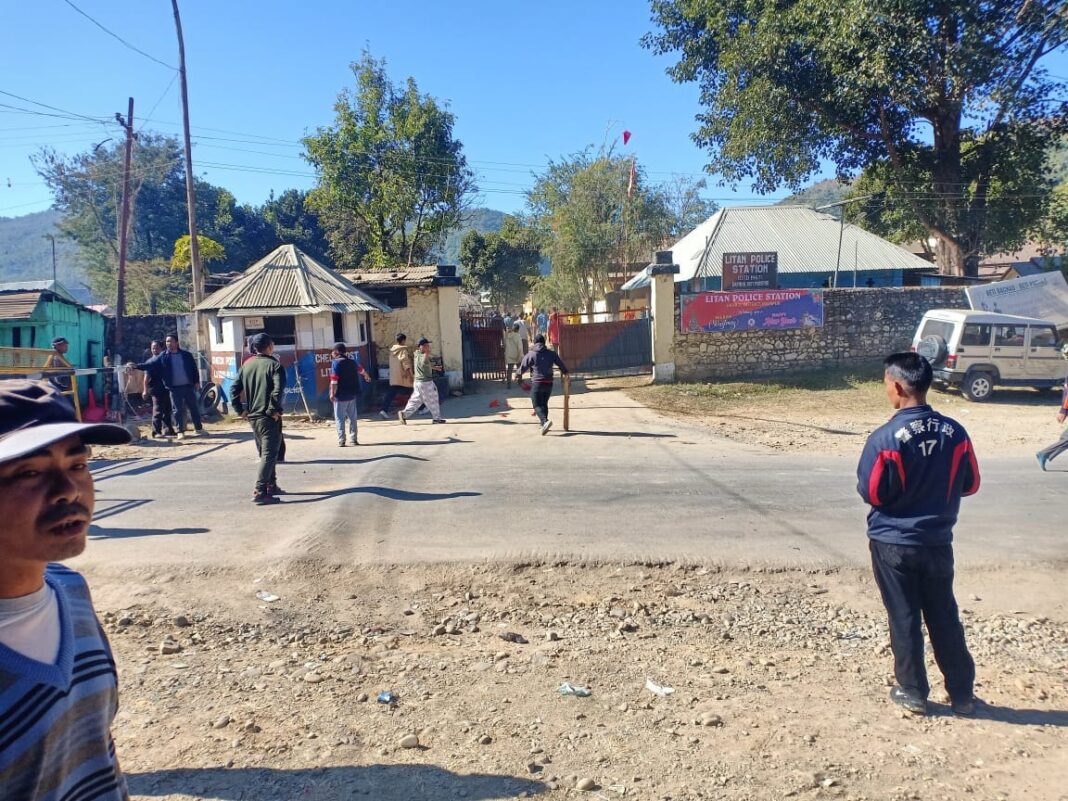 After a few days of simmering tension that had erupted in Litan area along Ukhrul-Imphal route, normalcy has come back in the small township since Wednesday, as the two parties agreed to settle the dispute according to the customary justice system.

The agreement came in the wake of a series of meetings between the two sides initiated to ease the tension by Ukhrul and Phungyar MLAs Alfred Khanngam Arthur and Leishiyo Keishing and civil society of the district till late Wednesday evening.

According to the source, the conflict flared up between Sharkaphung village and Litan Kuki village over claims of ownership of Litan township which is going to be affected by the ongoing expansion of NH-102A and for which demand for compensation is being raised by dozens of affected families.

On Tuesday, the lingering tension heightened in the town-let after a mob of Litan locals made an attempt on the life of Sharkaphung village headman Wungnaokhan Kasar in front of Litan police station, a day after the mob blocked the roadway.

The source informed that the two sides have come to an agreement whereby Litan Kuki village admits to its offense and makes necessary compensation to Sharkaphung chief for the assault as per Tangkhul customary law.

The dispute surrounding the land and its ownership would also be subsequently sorted out under the existing customary laws, the source added.

Meanwhile, Tangkhul Naga Wungnao Long (TNWL) has condemned in the strongest term the recent attack on Sharkaphung village headman Wungeikhan Kasar, by a mob in Litan, according to a press communique issued by TNWL General Secretary Kaphaoleng Angkang on Thursday.

“At a time when believers of Christ Jesus across the world were observing Christmas, beating up of the headman Wungeikhan Kasar by a mob of villagers of Kuki Litan is beyond comprehension,” the village chiefs’ body said, adding that it took serious note of the barbaric act which has no place in today’s civilised world.

Terming the attack on a customary head/ hereditary chief as highly unacceptable and uncalled for, Angkang said that the differences could have been resolved through dialogue without resorting to violence.

He also lamented the failure of the police in providing proper protection to the victim on 29 December, and urged the Litan Police station not to neglect its duties as a guardian of law and order.