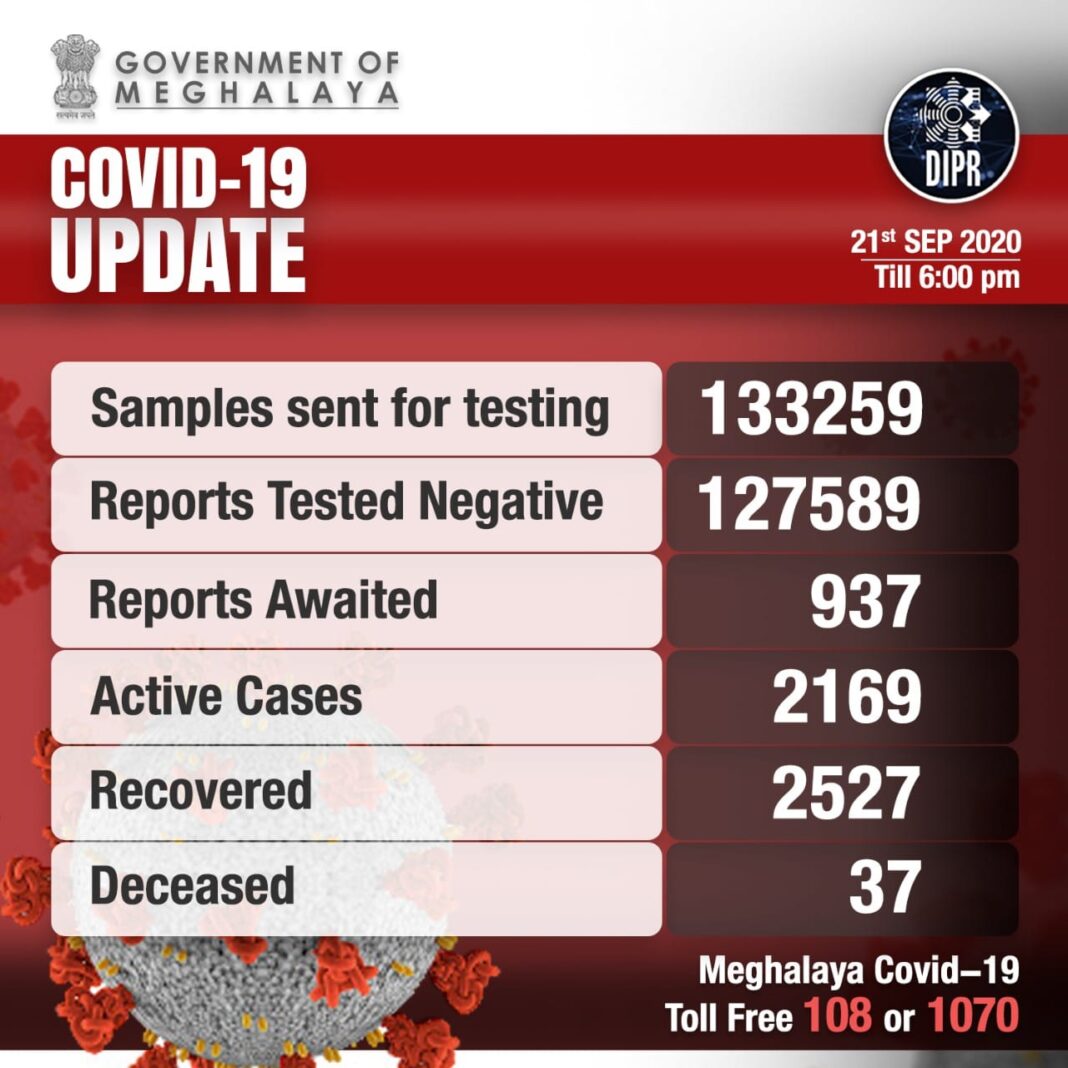 Shillong: Meghalaya on Monday registered three more deaths due to illness related to COVID-19, taking the death toll in the State to 37. It was also informed that 73 new cases of the virus were detected, taking the active case count up to 2,169.

A resident of Jail Road passed away at Nazareth hospital on September 19, while another person died at the North Eastern Indira Gandhi Regional Institute of Health & Medical Sciences (NEIGRIHMS) hospital on the same day, Director of Health Services (MI), Dr Aman War said

The official source also said that at least six health workers were tested positive in the state of which one is a doctor from Woodland hospital and a health worker, who got tested at NEIGRIHMS are from East Khasi Hills while 8 health workers are from Holy Cross hospital in Tura.

Meanwhile, 15 more patients, including 6 from West Garo Hills, 4 from Ri Bhoi, 3 from South West Garo Hills and 2 from East Jaintia Hills, have recovered from the viral infection.