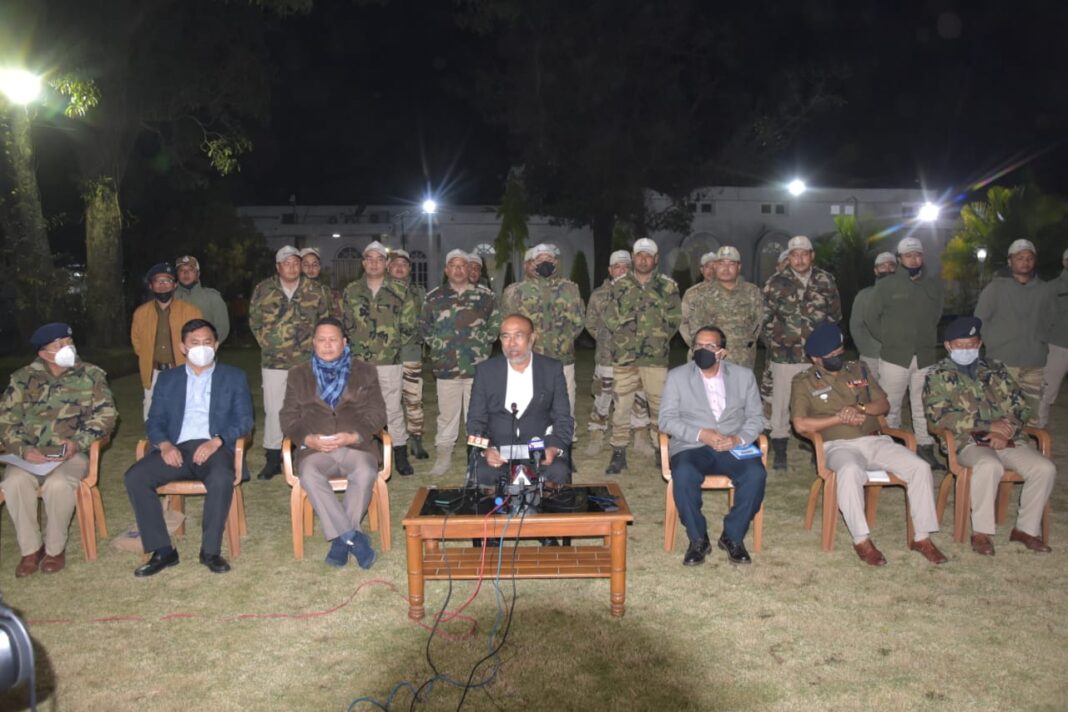 Manipur Chief Minister N. Biren Singh rewarded Rs. 10 lakh to the Imphal East district police team, who rescued three workers abducted by suspected Kuki National Liberation Army (KNLA) militants from Laikhong. The reward giving programme was held in a simple function held at the Chief Minister’s Secretariat in Imphal on Friday. The Chief Minister also announced that commendation certificates would be given to all the personnel and officers, who took part in the operation.

The Chief Minister said that suspected KNLA militants abducted three workers engaged in the construction of a bridge at Laikhong near Nongpok Keithelmanbi on February 7, 2021 at about 10 pm. After the matter was reported to Thoubal Dam Police Station on February 11 at about 11.30 am, Imphal East district police and Imphal East district police commandos immediately swung into action launching intensive search operations at Keihao, Henjang, Kamuching forest hill range, the Chief Minister informed.

After a continuous search operation, the Chief Minister said, the team led by Imphal East Additional SP (Operations)  Roni Mayengbam rescued the workers safely from a hill range located between Boljang and New Boljang village after a fierce gunfight that lasted for around two hours starting from around 5 am today. The abductors escaped into the thick jungle leaving behind the workers and one AK-56 assault rifles.

No matter how police have been friendly to common people, the Chief Minister said, they would however deal anti-social elements, mischief mongers and law breakers with an iron hand. Urging the people not to give shelter to such miscreants, N. Biren Singh said that search operation would continue till the abductors are nabbed. The Chief Minister also lauded the Imphal East police team for successfully rescuing the workers safely.

DGP L.M. Khaute and other high ranking officers of Manipur Police Department were also present at the reward giving programme.