Naga people are still in dark as they do not know what is really happening between the Government of India and NSCN (Niki) group. 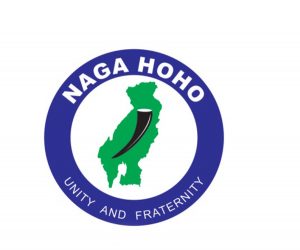 The Naga Hoho, while appreciating the Niki Sumi led NSCN-K for its decision to cease hostilities, has urged the Government of India on Tuesday to formally announce the renewal of ceasefire with the “concerned NSCN without any precondition on the leadership for an inclusive solution”.

The Naga Hoho, in a press statement, said that it was convinced and appreciated the “matured decision taken by Rtd. Gen. Niki Sumi to renew the ceasefire with the Government of India”. However, the Naga Hoho said that the Naga people are still in dark as they do not know what is really happening between the Government of India and NSCN (Niki) group.

The Naga Hoho then said it has been always striving for peaceful and inclusive Indo-Naga political settlement ever since its inception through nonviolent means of resolving our long drawn political movement. The Naga Hoho also said that the NSCN (K) had signed ceasefire with the Centre in 2001 but it was a matter of great concern when the NSCN (K) unilaterally abrogated it in March 2015 when the then chairman of the group, S S Khaplang, was alive.

In this backdrop, the Naga Hoho delegation endeavoured a journey to Myanmar in 2016 to meet SS Khaplang, the then President of undivided NSCN (K). “Though the delegation could not meet him in person owing to various reasons, the Naga Hoho had interacted with his emissary and conveyed to the leadership for renewing the cease-fire with the Government of India and to carry forward the peace process for an honourable solution,” the Naga Hoho press note added.